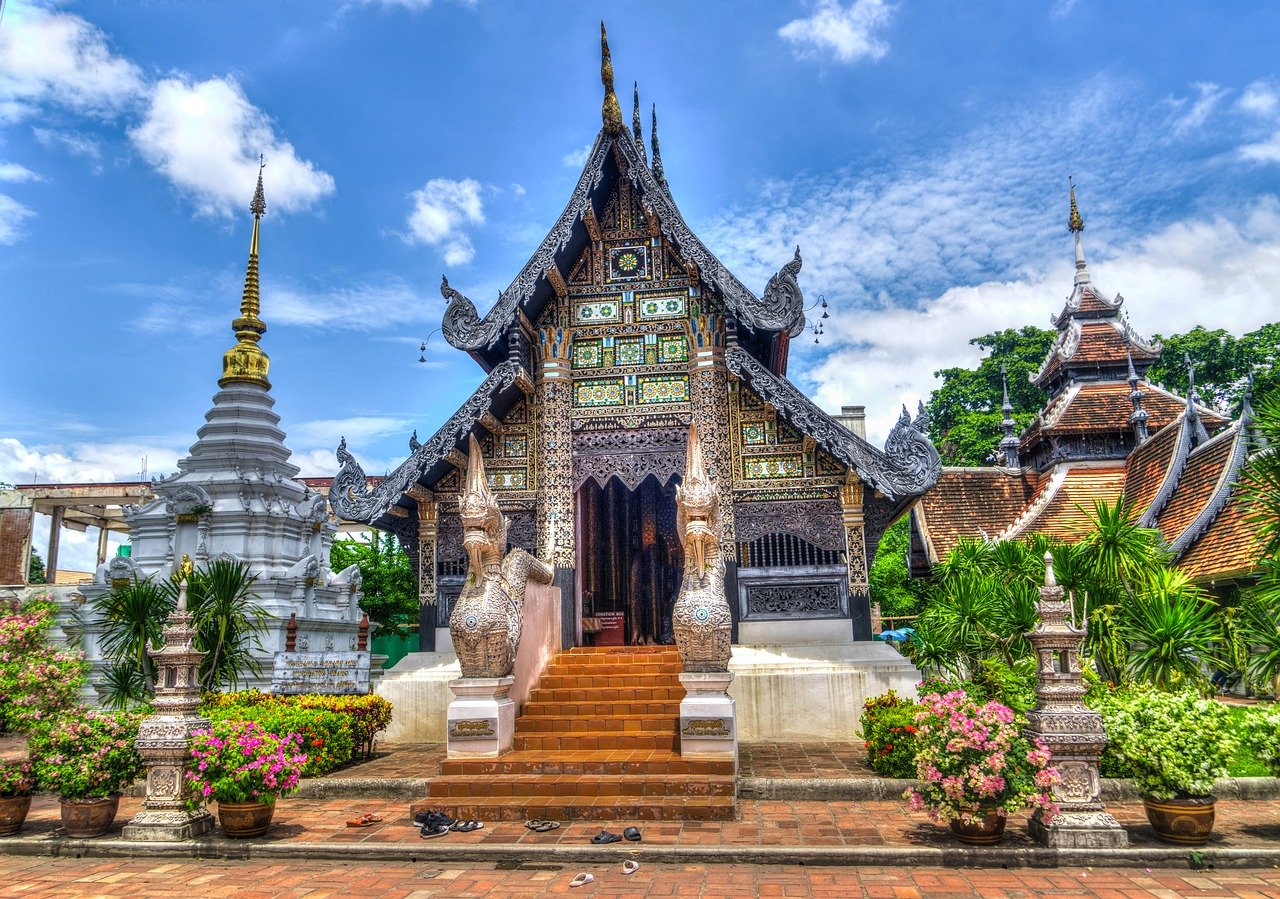 Country of Thailand has been a popular tourist attraction for many centuries due to its cheap economy and its friendly environment. Known as a Country of Smiles, natives of Thailand are known for their friendliness and warmth even to foreigners.

Are International Students Satisfied By Studying in Thailand?

To give an in-depth overview of studying abroad in Thailand, she made a Youtube video that relates the entirety of her experience by showing pictures and recorded videos. The link to her video is right here, and if you found that video helpful, give that video a thumbs up!

For those who didn’t watch that video, I’ll tell you a little secret: she really liked studying in Thailand and can’t wait for another opportunity to go to Bangkok! Also, one thing I didn’t mention is the natural beauty of Thailand that surrounds the modern and ancient infrastructures.

Most Popular Degrees in Thailand for International Students?

Because of its emphasis on business, many foreign students that come to Thailand have a common area of interest when choosing their majors. Most popular degrees that international students decide to major on are listed in order down below.

Primary Language of Education for Universities of Thailand?

Since many of the Thai universities are international colleges, the primary language of education is English, and they even use English when teaching Thai natives as well. The reason for this is to improve overall English skills of the nation and of the public as well.

If you look at the educational policy of Chulalongkorn University, you will see that CU official website supports this claim. Even graduate programs are specialized to meet the needs of international students since English is also the primary language of education for graduate schools.

How Many International Students Are Studying in Thailand?

Because of its friendly environemnt and also its affordability, the number of international students continues to grow exponentially over the years. If you really want to, you can also be part of that group in this coming year or the next!

Which Institution is the Most Prestigious University in Thailand?

Most prestigious university in Thailand would probably be Chulalongkorn University, and I’ll tell you the reasons why. First off, it is the highest ranking institution in Thailand, and CU was the first institution of higher education established in mainland Bangkok.

Last but not least, we also have a favorable feedback from a student who attended Chulalongkorn University, so I think it is a pretty good idea to give this university the title, “Most Prestigious University in Thailand.” I know every person has their personal ideas and opinions, but I’m basing my claims on facts and just a little bit on my personal opinion:)

After going through all those questions, now is the time to unveil the ten institutions in Thailand that are the best fit for international students. Make sure to evaluate each one with a critical eye and pick one or however many of your choice!

Unfortunately, Chulalongkorn University does not offer scholarships for prospective undergraduates; however, you can rest assure that CU is the top ranking institution in the nation. Also, it provides a free method of transportation for international students thorough the bus shuttles.

Last but not least, various support centers are available for its student’s well being, and due to its academic excellence and stimulating environment, Chulalongkorn University has ranked #1 for seven consecutive years!

Established for more than a century, Mahidol first started out as a medical hosipital before becoming an multi-displinary institution of Thailand. Named after Thailand’s greatest heroes, Mahidol University continues to carry out an important role by educating the upcoming generation of 21th century.

If you are having trouble finding the tuition fees for international students, just click on the link above, and scroll down to page 19 to see the financial details. For more, please visit the official website of Mahidol University.

Building a place where students can get their bachelor’s, master’s, and even doctorate degrees, Thailand government has funded Burapha University to achieve that purpose. Today, Burapah University continues to welcome students from its local area and from around the world.

Being our second public university in Thailand so far, Naresuan University was also named after a king of Thailand that lived nearly 400 years ago. Known as a research university, this institution provides a friendly environment to all international students who want to join.

If you are interested in Naresuan University, be sure to visit its official homepage by its link right here.

Abbreviated as KMUTT, King Mongkut’s University of Technology Thonburi is one of the leading research universities in Thailand. Starting off with a humble beginning with only 21 teachers and a handful of students, KMUTT had consistently shown its endurance by overcoming every problem and struggle hurled its way.

Having three campuses countrywide, KMUTT became one of the first public universities to be recognized by the state government. In addition, King Mongkut’s University now controls its own budget and where the money goes due to its authoritative educational foundation.

Also known as the SUT, Suranaree University specializes in science and technology even at its young age. Established nearly 30 years go, SUT has ranked among the top institutions in Thailand due to its high educational standards among its students and also its faculty.

Transforming day-by-day into a world-class university, Suranaree University continues to prove its potential to the outside world and also to its own nation. If you want more information regarding SUT, be sure to visit the official source right here.

Comprised of 17 faculties and nearly 200 academic programs, Mahasarakham University is a public liberal arts institution that is famous for its excellence in research. To accomodate international students, many of its programs are conducted in English and taught by English-proficient professors.

To top it off, MSU has courses that are so specialized that no other Thai institutions can’t match its degree programs. To provide a brighter future for its students, this institution is always improving and learning from its past mistakes.

We are nearly to the end of our list, but this is not the end! To say a little bit more about this institution, SSRU was once a royal garden of a Thailand’s royalty, but due to frequent coups, the beautiful royal palace was deserted by the royal family.

Remodeled nearly 50 years ago, the Thailand Government decided to use this empty space to be a place of learning and growing of many students regardless of background. If interested, be sure to visit its official homepage right here.

Also known as SPUIC, Sripatum University International College is one of the oldest private universities in Thailand. I don’t know what is up with Thailand royalities and universities, but Sripatum was a name of a Princess Mother.

To keep pace with global development and international partnerships, Sripatum University has established an International College to meet the growing needs of international students. If you want to take a quick peek, be sure to visit its official source.

Similar to our previous institution, Silpakon University also established an International College to match the advancement of its rival institutions. Known as SUIC, this institution continues to provide high-quality education in business, art, and design.

Having a great learning environment, SUIC emphasizes creativity and in-depth training for all of its graduates and strives to provide even better opportunities for international students. If interested, visit the official source right here.

When I was searching for rankings of Thailand universities, there were many institutions that I had to skip over since their websites didn’t contain essential information for international students. Some had no essential information concerning tuition & fees while others had their language fixed in Thai. Also, this online source is where I got all the rankings of Thailand universities, so please check it out if you have time!

If you don’t see some universities that you have hoped to see, that is the reason why I couldn’t include those here. I hope that you have enjoyed this post, and also, click on our latest post above if you are interested in this sort of topic. Hope you have a great day! 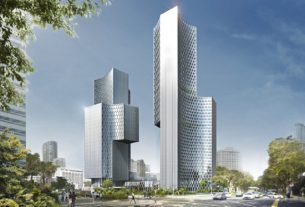 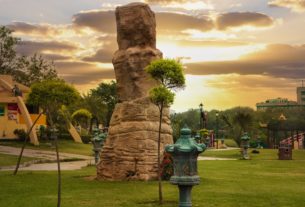