France is one of the most culturally and historically significant countries in the world. It is located in Western Europe and is a political leader in the region. It is a very developed country with a high average income, and its historic landmarks make it an attractive place for millions of tourists each year. In fact, France’s capital, Paris, is the most visited place in the entire world.

Since France is a very developed nation with an ideal geopolitical position, plenty of international students go there to continue their education, including a large number of aspiring medical professionals. In this article, we will talk about whether studying medicine is possible for international students in France, and what the best medical schools in France are.

Can Foreigners Study in Medical Schools in France?

Yes, all foreigners regardless of nationality can apply for medical school in France. However, non-EU applicants will have to go through a lengthy process of passing pre-admission exams and other requirements, before qualifying for the first year of study. The first year is very difficult and only 20% of all medical students manage to pass it. Each student only has two tries to pass the initial year, after which he will become unable to re-apply.

That being said, If you are talented and knowledgeable, there is no reason why you shouldn’t apply. Here is where you can find more information about the presence of international students at the Claude Bernard University Lyon 1.

What is the most prestigious medical school in France?

Despite only functioning for 3 years, so far, Sorbonne University has established itself as one of the leading universities in Europe, and its list of staff includes 33 Nobel prize winners, one Turing award winner, and six Fields Medals.

The Faculty of Medicine at Sorbonne University is the best medical school in France and also the continuation of the Pierre and Marie Curie University. It is spread across two main teaching hospitals, which makes it one of the largest medical faculties in the nation.

The faculty promotes multi-disciplinary research that can prepare future doctors and health professionals in any particular area they’re interested in, and incorporates real patients in the education of its students, allowing them to gain plenty of practical experience before even graduating.

Claude Bernard University Lyon 1 is one of three pubic universities in the city of Lyon and is very much known for its broad range of medical programs, providing education and training on the entire spectrum of medical professions including doctor of medicine, pharmacist, dentist, as well as paramedical professions such as speech therapist, orthoptist, physiotherapist and many more.

The University has a large international presence, which should make it easier for other foreign students to adjust. Claude Bernard University Lyon 1 was established in 1971 and has been one of the top medical schools in France ever since.

3. University of Paris – Faculty of Health

The Faculty of Health at the University of Paris was the first-ever such institution in France, offering high levels of training and excellent research in the fields of Medicine, Pharmacy, and Odontology. The University of Paris is one of the largest medical schools in France with over 25,000 enrolled students and a staff of about 2,250.

While Paris-Sud University is worldly renowned for its achievement in math and science, the university’s medical school is also one of the high points. It was founded in 1968 and is now one of 7 medical schools in the Paris region. It is located in the Bicetre Medical Area, in the southern suburbs of Paris, where it was finally built and became operational in 1980.

Recently, the school has been very active in doing research on the coronavirus and has brought many interesting findings to the table, including the effects that the virus has on women that are pregnant. It also offers many different programs related to all areas of study within the medical sciences.

The Aix Marseille University in Marseille is one of the leading medical schools in France. It has a student pool of around 80,000, which is one of the largest in France. The Faculty of Medical Sciences and Para medicals contains 5 main areas of study: medicine, nursing, midwifery, dental medicine, and rehabilitation sciences. The faculty has a long history of success and achievement dating back to 1645.

I hope that this article on the best medical schools in France was helpful. If you are interested, visit the Medical School Category! 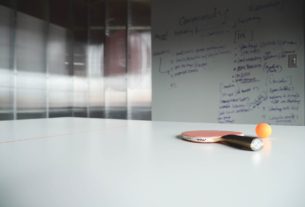 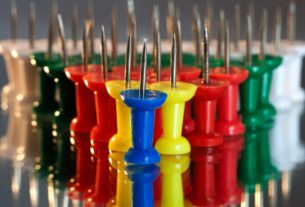