Spain is a country in South-Western Europe, mainly situated on the Iberian Peninsula, as well as two archipelagos on the Mediterranean Sea and off the coast of North Africa. Spain is one of the largest and most populous countries in Europe, with one of the richest histories in the world, influencing the discovery and exploration of the Americas by Europeans.

With their influence in the past, Spain established itself as a powerful nation in the world, and it remains that way to this day. Spain is now a highly developed country and one of the most important members of the EU. They are also members of numerous other international organizations.

Due to its ideal geographical location, great weather, high living standards, and quality of education, Spain attracts a large number of international students to the country each year. In this article, we will talk about how one can apply to a university in Spain.

1. Pick what you want to study at Spanish Universities

Spanish universities offer many options when it comes to subjects and degrees that are available. The most popular subject and area of study in Spain is Law. Law is especially popular in the capital city of Madrid, where thousands of young people study it each year. The most common areas of law that students go for in Spain are about the legal system in the EU and International Criminal Law.

Arts and Humanities are also a popular choice, which makes sense considering the cultural impact that Spain has had on the world. Some other popular areas of study include marketing and finance, science, and perhaps most notably, hospitality management, thanks to the highly developed tourism industry in the country. This means that students will have the chance to gain plenty of practical experience, which may be difficult to do in some other countries.

2. Meet the Spanish Requirements for Universities in Spain

Spanish is the second most spoken language in the world, only behind Mandarin, with over 500 million native speakers. Spanish is also extremely popular as a second language, thanks to popular culture like Latino music and TV shows. This makes it a lot easier for a lot of people to choose Spain as a destination for continuing their education.

For people coming from a Spanish-speaking country, which is most of South America, logically, there are no language requirements for applying to universities in Spain. However, other international students will have to prove at least a B2 level of knowledge of the language before coming to Spain. However, that is not always a requirement, as is the case at the University of Valencia, but it is definitely recommended if you want to have a smooth studying experience.

There is also a large number of English courses in Spain, especially at the master’s level. Each university has different specific requirements, but most of them require you to pass an approved English language exam. To get a better idea about this, here are the language requirements at the University of Granada as an example.

Since Spain is a member of the European Union, students from other countries of the EU can easily apply to a Spanish university just like they would in their home country, with the only requirement being that they know Spanish if they are going to be studying in that language. Submitting an application as an EU student is done through the Spanish National University for Distance Education (SNUDE).

For non-EU students, things are a little more complicated, as they will need to have their high school diploma certified to apply to universities in Spain. This can be done through the Spanish embassy in the applicant’s home country. The next obstacle is passing the entrance exam, which is called “the selectividad”. After passing this exam, you should be ready to apply to the university of your choice. To get a better idea of some specific application requirements, here is what the University of Barcelona requires from students who want to apply.

For graduate students, the application process is a bit easier, considering that they already obtained a bachelor’s degree and have the necessary language skills to study in their chosen program.

5. Make a List of Universities to Apply to based on subject and reputation

We already mentioned some of the most popular degrees in Spain, so if you wish to study some of them, you should have an easy time finding a suitable program for you. But, even if you wish to study something else, there is no shortage of very good universities in Spain, and you should make a list of possible Spanish universities you can apply to based on what you want to study. Certain universities excel in different subjects, while there are also some that are very good no matter what you’re studying.

6. If finances are important, look for affordable universities

Unlike some other EU nations, higher education in Spain isn’t entirely free, but it is still very cheap compared to some other developed nations, with tuition fees ranging from around $1,000 to $3,000. Master programs can be slightly cheaper, but still very affordable for most international students.

That being said, private universities can charge up to $20,000 per year, so if you are looking for an affordable option for studying in Spain, you should apply to the public universities in Spain. Thankfully, the public universities are in no way worse than the private ones and are in fact much better ranked, meaning that you will not have to sacrifice the quality of education you will receive due to your budget.

The costs of living are also significantly lower than some other highly developed nations, with rent being on average 33% lower than in the UK. However, this is not the case in major cities like Madrid and Barcelona, which should generally be avoided if you are looking for a more affordable option to study in Spain.

7. Then, look for scholarships in those universities

As is the case with most other developed nations, the Spanish government helps thousands of international students each year to eliminate or significantly reduce the tuition fees for their education in the country. There are numerous programs from both the government and different organizations, with various target groups and requirements.

Universities also have their own scholarship programs, most of which are reserved for applicants who have shown great academic success in the past, or who are unable to afford the tuition fee despite being fully qualified to be accepted into their desired program. These scholarships can fully cover all tuition fees, or help by covering a percentage of the fee, which is a little more common. This is why you should research the university webpage and see if you qualify for some of the scholarships that they offer.

I hope that this article on applying to universities in Spain was helpful. If you are interested, visit the Europe Scholarships Page! 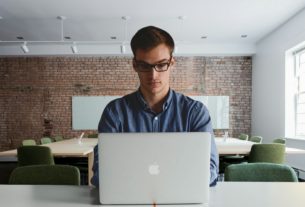 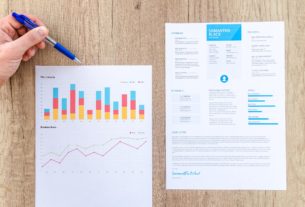 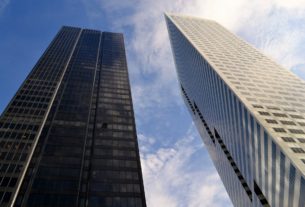