If you look at a map, Italy is a boot-shaped peninsula full of ancient and medieval cultures. For example, Rome (capital of Italy) was a home of countless Roman emperors who reigned entire European continent, and artists such as Leonardo da Vinci and Michaelangelo drew their famous works in this small country.

By getting a chance to study in Italy, you would also get an opportunity to visit these ancient sites for yourself instead of looking at just pictures. But before we actually get into the ten best institutions in Italy, we will first answer five popular questions asked by international students.

Are International Students Satisfied By Studying in Italy?

Based on a study done in 2016, 765 international students gave a review rating the study abroad in Italy. During this poll, students from nearly 70 universities gave their opinion through an online voting system, and they ㅡmostly gave a positive review based on their experience.

International students liked the positive atmosphere of Italy such as friendly locals, rich heritage, and great food. Also, you need to keep in mind that living cost in Italy is low compared to other European countries, so I thought the affordable cost was the best one out there!

Most Popular Degree in Italy for International Students?

There was no set course that was popular among international students because Italy offered a broad array of academic programs that we liked. To name a few, courses related to Science, Technology, Art, Design, Social Studies, Education, Humanities, and Medicine were a popular choice.

To go just a little bit more in-depth, fashion and music also played a role for attracting international students to Italy. This country definitely played a role in fashion since several popular brands such as Gucci and FILA originated from Italy, which made several famous products!

By looking at the website of an Italian university, I have found out that primary language of education is Italian with just a few courses in English. If you want to get into a specific academic program, then search for that course requirement, and if it is in Italian, it might be a good idea to learn Italian beforehand.

How Many International Students Are Studying in Italy?

Which Institution is the Most Prestigious University in Italy?

The most prestigious institution in Italy is known to be Sant’Anna School of Advanced Studies, and this title is given to this university due to its rankings. Sant’Anna is ranked first among all the universities in Italy, and it ranked 150th in the international level among 1,400 universities worldwide.

Today, we will be covering the top ten institutions in Italy for international students, but please keep in mind that this order is based on rankings not on personal preferences. I’m just here to give you information, so please use this information wisely!

Being the largest polytechnic institute in Italy, Polytechnic University of Milan specializes in programs related to science and technology. Training future engineers, architects, and industrial designers, PUM acccompolishes its everyday goal by building a firm link between its students and their future business partners.

University of Bologna is a true example of an old Italian institution since its history first began in late 11th century. Just because it’s old, you can’t judge by the outward appearance since Bologna’s curriculum is one of the highest among Italian universities.

Having over 300 academic programs, University of Bologna provides the ideal learning environment for international students, and you can always take a break from class by going to a nearby museum or cathedral nearby.

Being one of the largest institutions in Italy, University of Milan currently houses over 60,000 students in its campus. Due to its large student body, nearly 2,000 faculty members are needed to supervise the students and also to provide the ideal academic environment for international students.

Known as University of Rome, Sapienza is also one of the oldest institutions in Europe and houses a study body over 100,000 students! To provide an suitable environemnt for all of its students, Sapienza University built 50 libraries and nearly 20 museums for its students to enjoy.

When it comes to academic programs, Sapienza doesn’t lag behind due to its age since in actuality, long years of experience gave them more time to improve and to expand. Currently, it offers nearly 500 academic programs to international students, so take your time when picking your major!

Putting a great emphasis on research, University of Turin is also an old institution that first begain its educational journey in 1400. Even though more than 600 years after passed since its first establishment, UT continues to spread knowledge and good influece across all who visit its institution.

Compared to other Italian universities, Royal Polytechnic of Turin is a young university that has a history of about 150 years. To focus on the growing number of international students, Turin Polytechnic was first established as an international school dedicated to partnerships locally and around the globe.

Located in the city of Pisa, this institution is a public research university founded by a Roman Catholic Pope in 1343. Even earlier than most Italian universities, Pisa University is the 10th oldest institution in Italay and 19th oldest university in the world.

The link for international admissions is the same for tuition & fees since you need to click on the program that you want first. After clicking on the program description, you will find the required amount of money that you need to pay since tuition fees are different for each course.

I hope that you have enjoyed this post, and please visit our newest posts using the links above! As always, this official source gave me the rankings for this post, so be sure to check it out if you have any further questions. 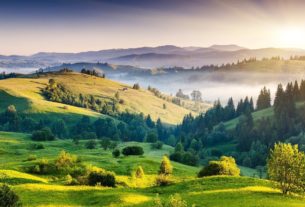 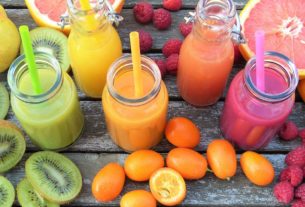